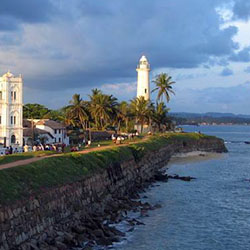 A port city, the capital of the southern province of Sri Lanka, according to legend, Galle is the ancient Tarshish, from which King Solomon exported ivory and gems for his treasury.

The Dutch gave the city a new name and new life by building a grandiose fort, a UNESCO World Heritage Site. A granite fortress with a lighthouse and twelve bastions protected the entrance to the harbor and served as a shelter for the inhabitants of the city in case of an enemy attack from the sea. In the fort even now you can feel like a resident of a 17th century Dutch colonial village.